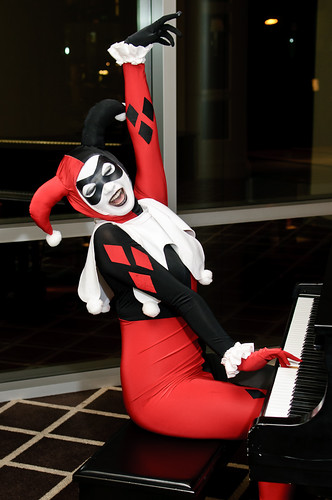 And soon there will be a convention report. So there IS something to look forward to.

“A Founding Member of the World Famous Bones Anime Studio Comes to this Summer¹s Most Anticipated Anime, Manga and Music Convention this June 15-17, 2012 at the Anaheim Convention Center and Anaheim Hilton! Get your Passports
Today and Experience the Difference!

“Kawamoto founded the world famous anime studio Studio BONES in 1998 with Masahiko Minami (former Sunrise producer) and Hiroshi Ousaka (animator colleague who passed away in 2007. He has an animation career that spans over 25 years and has a long list of high profile works but is best known for his work as the character designer and animation director for the ever popular anime, COWBOY BEBOP.
END_OF_DOCUMENT_TOKEN_TO_BE_REPLACED

And didn’t tell anyone. Well, anyway, good luck to wildgate.com because they’ll need it.

Our new contact number is 323-201-7147 Yeah. If you have J LHLS business cards, please make a note when you hand them out. I’ll be generating new cards soon-ish.

END_OF_DOCUMENT_TOKEN_TO_BE_REPLACED

Also, Tom Good, assisted by G Mayerson, will be doing a two panels at AM2:

Postcard for AM2 this year in Anaheim. Free admission.

“ANN has confirmed with Tokyopop Senior Vice President Mike Kiley that the company will shutter its Los Angeles-based North American publishing operations on May 31. The company’s film and European operations will be unaffected by this closure, and its office in Hamburg, Germany will continue to handle global rights sales for the company.

“A PR representative working for Tokyopop CEO Stu Levy informed ANN that ‘TOKYOPOP will announce the future of specific titles and other releases in the coming weeks.’

“In a post on the website for Tokyopop’s America’s Greatest Otaku reality web series, Levy announced that he will spend the next year in the Japanese prefecture of Miyagi, making a documentary about the effects of the Great Eastern Japan Earthquake disaster (Higashi Nihon Daishinsai) of March 11. The proceeds of the documentary will go to support the victims. He also posted a farewell message on the official Tokyopop website.”
News: Tokyopop to Close North American Publishing Division, Anime News Network, April 15, 2011

In their heyday, Tokoyopop was very generous to J LHLS with review copies and swag. I hope their former and remaining employees find jobs worthy of them. Good luck.

J LHLS suggests you buy those Tokoyopop and BLU titles while you can, fanboys and girls.

This has got to be the most whimsical fantasy/horror novel I’ve read since I discovered Murphy’s Lore. The protagonist claims to be the oldest man in the world and calls himself Adam; he may or may not be “the” Adam, the father of us all, but he’s certainly quite a character. According to him, “My earliest memory is something along the lines of fire good, ice bad, so I think I predate written history. . .I like to brag that I’ve been there from the beginning, and while this may very well be true, I generally say it just to pick up girls.”
END_OF_DOCUMENT_TOKEN_TO_BE_REPLACED

This is the first of two books and CDs to teach pre-school to grammar school to read music, or at least introduce them to western music notation. END_OF_DOCUMENT_TOKEN_TO_BE_REPLACED

Interesting perspective on the time period and very original. From the point of view of Anne Boleyn, the author stayed faithful to first person perspective. In such a way, we were able to see the world as she saw it.

The quite ‘accidental’ messing with history seemed like only a footnote. The hanging of the Queen was used as an effective plot device, whose falsity did not get in the way of the main story.
END_OF_DOCUMENT_TOKEN_TO_BE_REPLACED