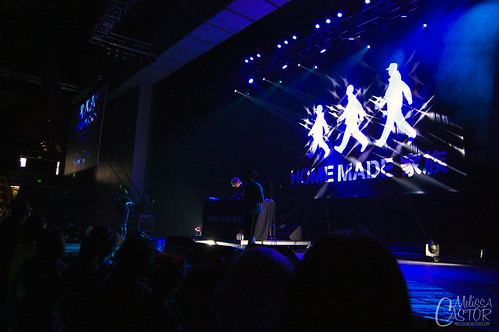 There are different types of music out there for everyone; Home Made Kazoku is one type of music that is meant for everyone. Otakon 2013 attendee’s welcomed Home Made Kazoku back with open arms. The group had previously performed in Baltimore, MD at Otakon in 2010 and was invited back to play both a solo set and a collaboration set with T.M. Revolution. They made themselves right at home on the Mariner Arena stage, opposed to the smaller Main Events room they played in 2010. 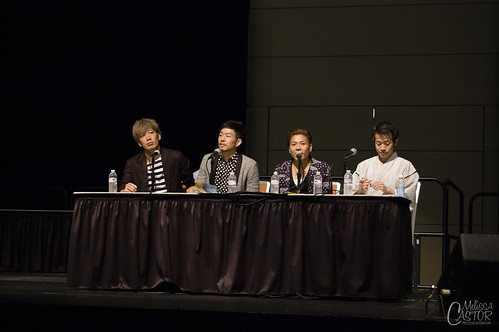 Panel: During their panel on Friday afternoon, MC Micro, MC Kuro and DJ U-ICHI continuously mentioned how important their fans are to them. They showed their recent PV for Kimiga Itakara and discussed the meaning behind it, stating they are literally building something (in this case, a house) with their fans.  They collected photos send in by fans to incorporate into their video.

Concert: As the group took the stage in the Arena on Saturday, the love and appreciate between fans and band were mutual. Smiles could be seen on faces around the room, and hands in the area, singing as well as dancing along. Home Made Kazoku’s music always has a great message to it. The MC’s sing both in Japanese and English, and while not everyone may understand the Japanese lyrics, the massage is given and received loud and clear. 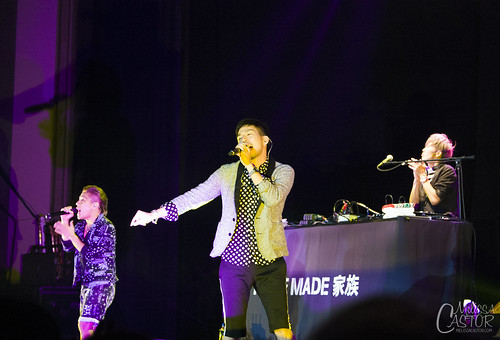 For “Itoshi no Mic Check 1,2 “, MC’s Micro and Kuro divided the audience, Kuro taking the left and Micro taking the right. Kuro sang, and had his side repeat back to him,  “Mic check!” Mirco followed up on his side, “1, 2!” and the audience replied. Thus followed a battle of which side could be louder. Everyone was having fun and there were no winners or losers in this game, as the two phrases worked together, neither complete without the other.

The stage held a long runway for the performers to go out on, and get closer to the audience.  Micro and Kuro decided to have a rap battle face off on the runway! The way the two MC’s work in harmony, with DJ U-ICHI’s work from behind the spin table was incredible. All three never missed a beat. 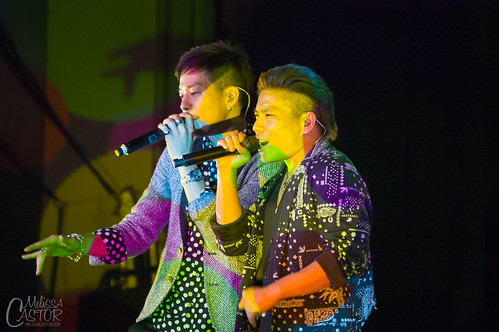 A highlight of their show was the song, “We Are Family”. “Kazoku” means “family” in Japanese, so it is an appropriate song. And yes, it is the song you are thinking of and know, consisting of the same tune, but with a twist and Japanese lyrics. Even if you are not familiar with Home Made Kazoku’s music, nobody can deny knowing “We Are Family.” The great thing about their music is, you don’t need to be familiar with it to just listen and enjoy. The band said, that everyone was experiencing their live together as one, as one “kazoku.” 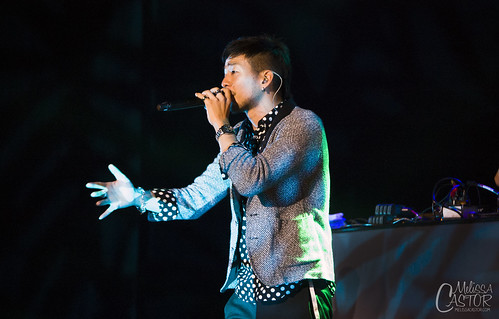 Kuro and Micro spoke to Baltimore, and told everyone in the audience they felt like they were at home with all the fans, right now. 2013 is Home Made Kazoku’s 10th anniversary and they wanted to once again thank their fans, and dedicated “Kimiga Itakara” to everyone. They said, “because of you [the fans]” we are able to continue doing this. 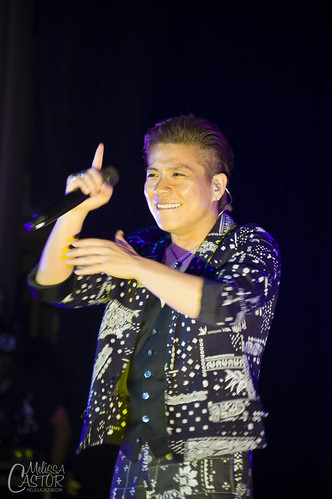 “Thank you!” Micro said, followed by an “Arigatou Gozaimasu” or, “Thank you” in Japanese. “Fuck yeah! … oh wait, this is a family event, no cuss word. Daijoubu? Is it ok?” Audience cheered him on, and he followed up with another, “Fuck yeah!”

As they played their last song, titled “Thank You,” Micro jumped into the audience, giving high fives to those he passed by. Home Made Kazoku ended their show with something they said in 2010, and something they mean: “This is a promise: We will be back”!

Fans will certainly look forward to Home Made Kazoku’s return to America! 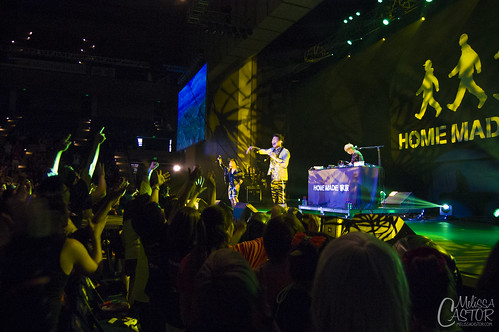