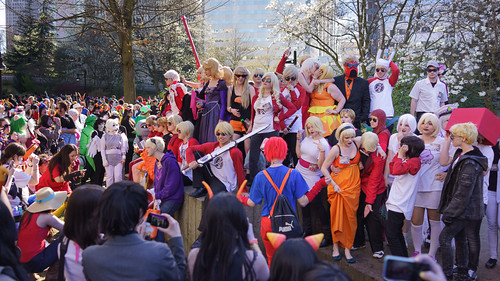 One of the most amazing scenes I saw at Sakura-Con 2013 is shown above. On Saturday afternoon, the park outside the Seattle convention center appeared to be filled with a sea of cosplayers. Last year’s convention was also well-attended, but this was something new. This crowd wasn’t limited to a small corner of the park, but went on and on for blocks. I haven’t seen an official attendance total for 2013, though unofficially I heard that it was at least 21,000. That would make it roughly the same size as last year, but the outdoor crowd looked much bigger.

Most of the people pictured above are dressed as characters from Homestuck, a series whose popularity continues to grow in the cosplay scene. Homestuck seemed to have the largest group of cosplayers at Sakura-Con this year. 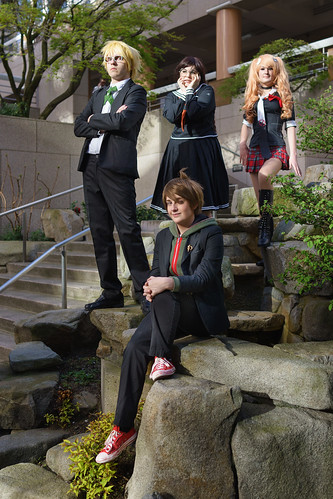 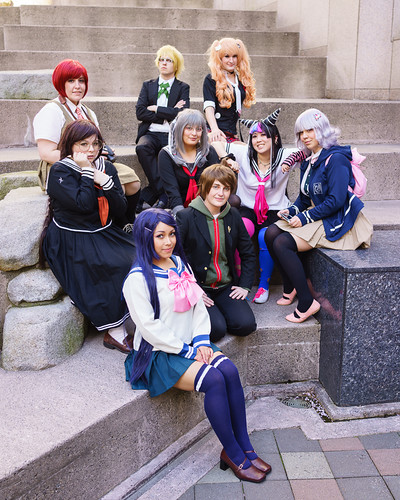 I also met up with a smaller group cosplaying from the video games Dangan Ronpa and Dangan Ronpa 2. This is a fairly new trend in cosplay in the U.S. The games have never been released in English translation, but a “Let’s Play” thread on the Something Awful Forums has created a growing group of fans of the story and art work who have never played the game. The game invites cosplay, thanks to its large cast and stylish character designs. 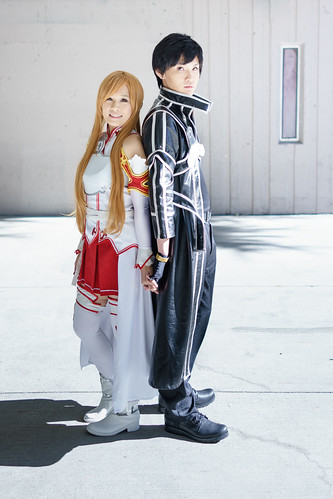 Plenty of people were cosplaying from Sword Art Online, another popular new anime this year. Funimation had a panel where they held a Sword Art Online costume contest. One of the competitors (pictured below) had made his own armor out of real metal! It was quite an impressive costume. 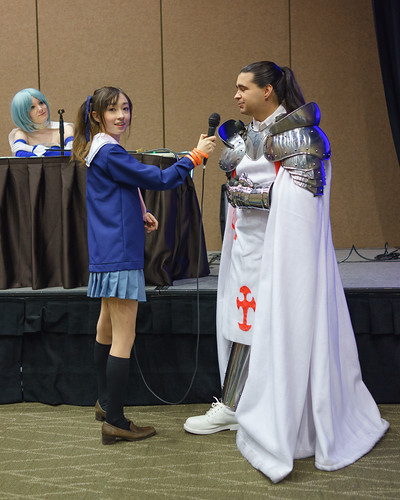 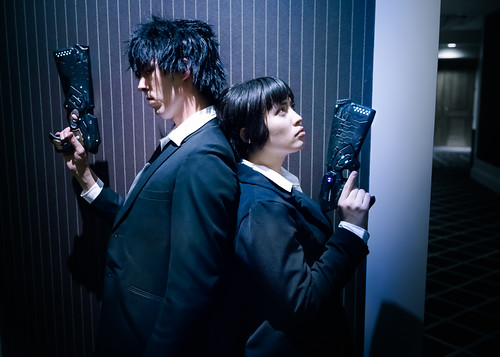 Among the guests at Sakura-Con this year were three creators of the new science fiction anime series PSYCHO-PASS: Katsuyuki Motohiro (executive director), Naoyoshi Shiotani (director), and Joji Wada (producer). The series is a detective story set in a future Japan, where a computer system monitors people’s psychological status and can categorize them as a “latent criminal,” which means that they can be arrested even before committing any crime. Even the police officers’ guns (as shown in the cosplays above) are tied into the computer network.

During the Q&A sessions, fans asked about the possibilities for more PSYCHO-PASS shows, and about the potential for a live-action adaptation. The creators explained that it is much harder to finance a big-budget live-action movie compared to an anime. But they also said that the world of PSYCHO-PASS is much larger than what was shown in the first anime series, so they would like to create more stories set in that world.

There was also a PSYCHO-PASS party (below), where many of the cosplayers from the series got to meet the creators and get autographs. 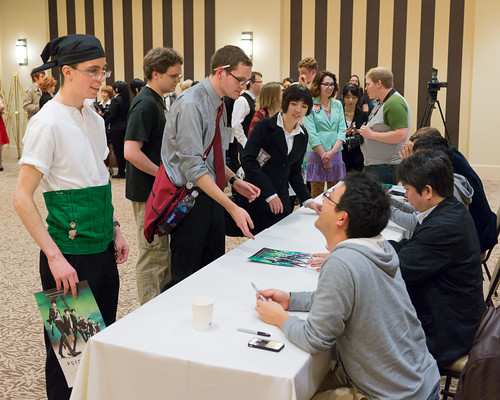 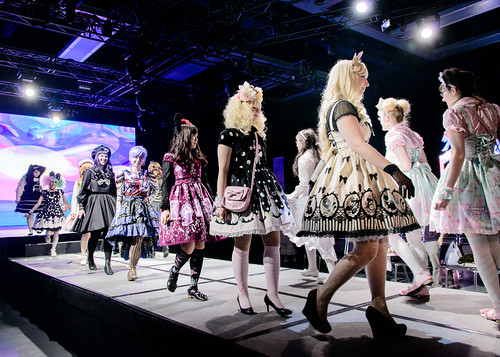 Sunday’s Lolita Fashion Show was a very fun event. It seems to get better each year, and the staging this year made it especially enjoyable. Putting the show on a raised stage with a runway and interesting lighting created a perfect atmosphere. 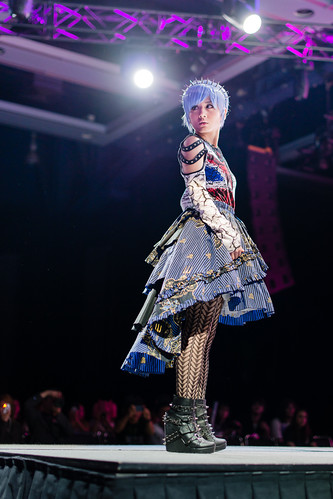 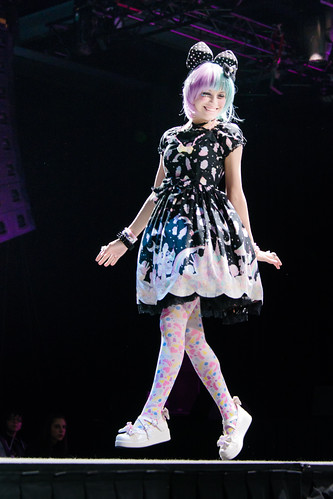 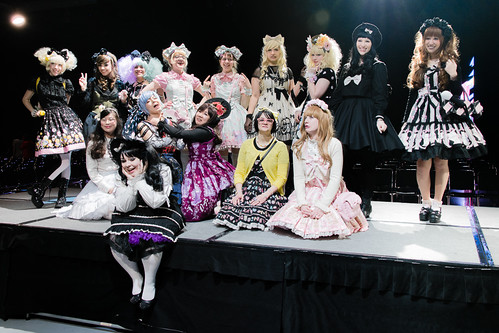 Though there was no shortage of scheduled events, it was also a lot of fun just to wander around and see the incredible variety of costumes on display. 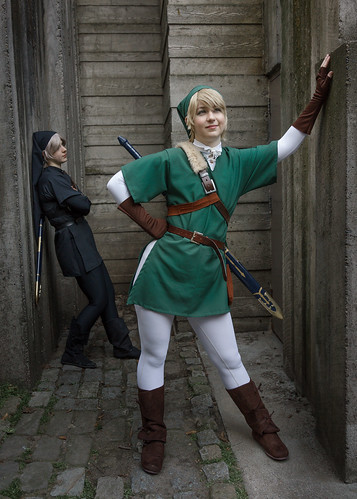 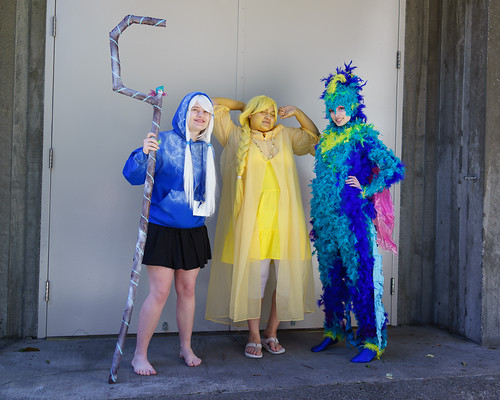 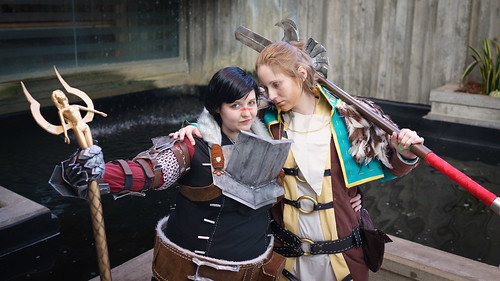 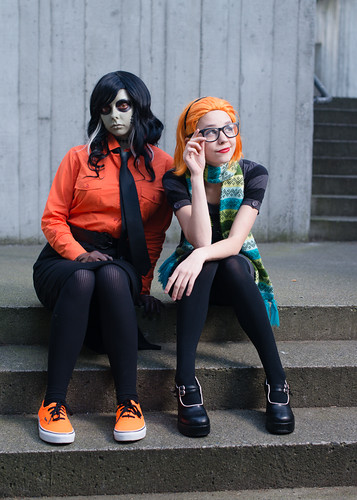 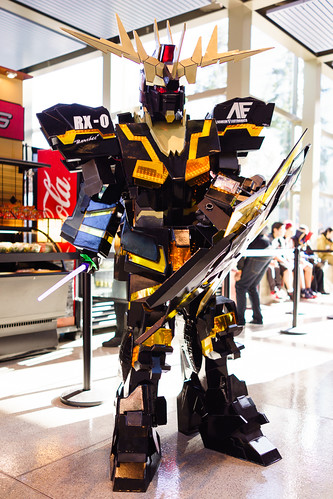 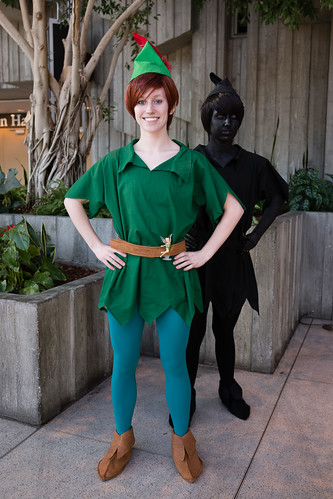 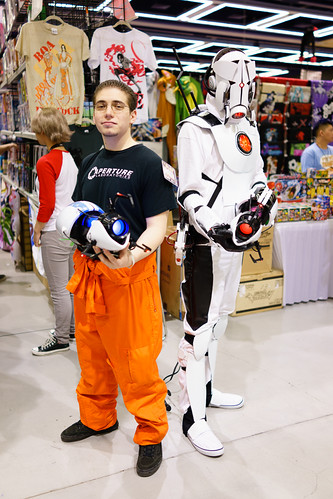 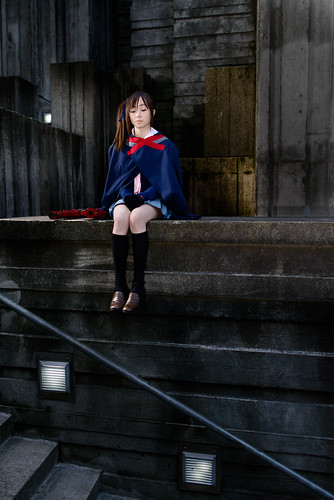 The convention schedule was available on the “Guidebook” smartphone app, which made it easy to keep up with any changes to the programming. I really like the convenience of being able to use this app for scheduling.

Sakura-Con may have gotten so popular that future growth could be limited by the capacity of the site, at least for Saturday. Friday and Sunday seemed to have more space, and also a more relaxed feeling. I’d recommend going all three days, because there is so much to see and do that a single day experience would probably feel rushed.