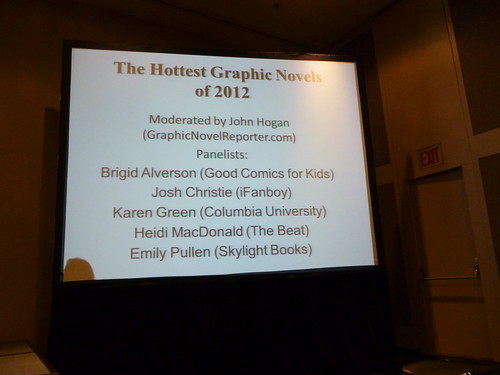 As a disclaimer from the panel this is not the definitive list of the best graphic novels for this year, since the panelists have not gotten to read everything just yet. Though this is the panel’s picks for the best of graphic novels that they’ve read so far. 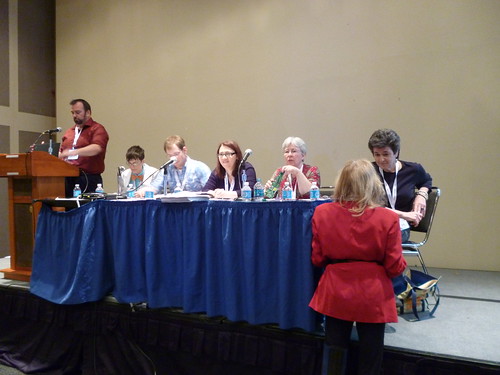 Panelist cover a spectrum of booksellers, writers and a librarian, but all share a deep love for graphic novels. This panel was moderated by John Hogan from Graphicnovelreporter.com. Prior to the panel beginning there was a 17 page power point slide handed out to room attendees.

Points that stood out in this panel for me:

These were titles mentioned during the panel:

Honorable mentions meaning that the panelists ran out of time, but definitely still want to mention it were these title:

Other titles that were included in the hand out are:

This is not the first year that JLHLS has covered BEA, and for those past entries click this blog’s tag of BEA. Take a look at these links for my photos of BEA, one is from my camera, and another is from my cell phone.