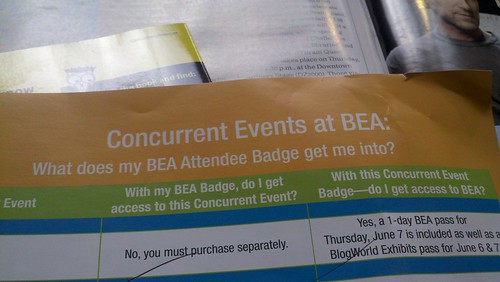 Reported and Photographs by Linda Yau

It is this time of the year ago. BEA comes to New York City, and this year there are definitely changes. For one thing, Jacob Javits is under heavy construction to add a new wing so on the outside of the convention center, there were plenty of parts covered with scaffolding. Another was the occurrence of different conventions that happened the week of Book Expo that limited to what convention badge people were allowed access to. So unlike last year when I was able to attend panels of BlogWorld, this year BEA attendees were barred from panels save for the show floor. 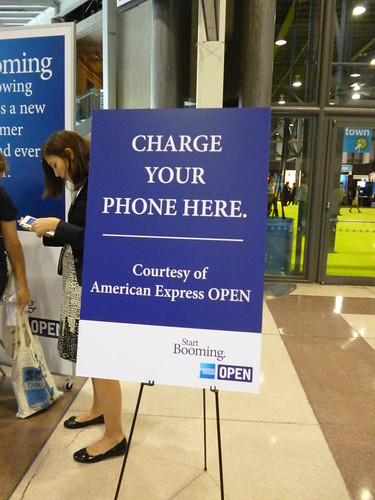 One aspect of this convention that I always count on for news and telling me what has happened in a short span of time is Publisher Weekly’s Show Daily. Available this is one of the things I grabbed before heading into the show floor. It highlights publication news that happened the day before, and spotlights the current day’s author sighting and giveaways. (This year I happen to spot/photographed Michael Bolton and Rachel Ray as celebrity authors.) 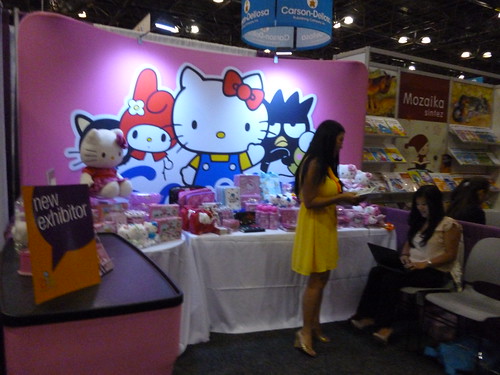 On the show floor this year there was a presence of more things digital including spaces for Google Play or Amazon Publishing. BEA mentions that 200 new exhibitors were included this year, and they were denoted by a New Exhibitor sign. One of which is Sanrio, which was a booth I spoke to, and were interested to know which Japanese animation conventions in the United States to hit. 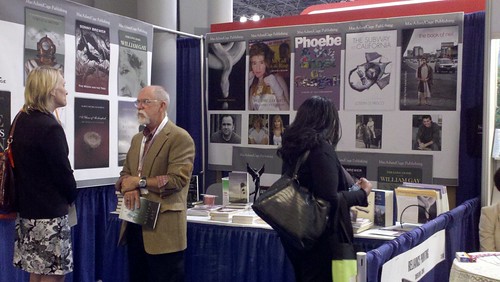 I also had a great time speaking with the representative at MacAdam/Cage, who spoke highly about Jon Boilard and A River Closely Watched as a potential Pulitzer nominee among the likes of Cormac MccArthy.

Also weeks and months leading to Expo, exhibitors were invited to share online as a sneak peek as to what new books they were going to bring to show via Books@BEA, an interactive catalog system. That is something I noticed this year a fixed amount of how much galleys or books that were going to be handed out. Perhaps other years people knew, but this year there was a definite number announced. Another aspect I noticed was how mobile/accessible BEA and other publishers were via all forms of Social media, the more popular ones Facebook and Twitter.

Book Expo this year began on Monday and ended on Thursday. As always the agenda was to create buzz and notification to the publishing industry on what new publications or services were being released. Professionals, whether they were librarians, book bloggers, teachers, book store owners, curators or authors can come, network and mingle, discovering new markets or customer bases. One new category of attendees that was introduced this year was the Power Reader category for Thursday; these are the non-publishing industry people, chosen from a lottery after being nominated by a professional. This is BEA’s way of ushering in the wave that would open the Expo to the public within the coming years. BEA is slated to be at New York City’s Javits until 2015, and after that it is privy to the BEA organizers on where they would go.

This is not the first year that JLHLS has covered BEA, and for those past entries click this blog’s tag of BEA. Take a look at these links for my photos of BEA, one is from my camera, and another is from my cell phone.